Delta is an all-in-one emulator for iOS. Delta builds upon the strengths of its predecessor, GBA4iOS, while expanding to include support for more game systems such as NES, SNES, and N64.

Save States
• Save and load save states for any game from the pause menu.
• Lock save states to prevent them from being accidentally overwritten.
• Automatically makes backup save states to ensure you never lose your progress.
• Support for “Quick Saves,” save states that can be quickly saved/loaded with a single button press (requires external controller).

Delta Sync
• Sync your games, game saves, save states, cheats, controller skins, and controller mappings between devices.
• View version histories of everything you sync and optionally restore them to earlier versions.
• Supports both Google Drive and Dropbox.

Hold Button
• Choose buttons for Delta to hold down on your behalf, freeing up your thumbs to press other buttons instead.
• Perfect for games that typically require one button be held down constantly (ex: run button in Mario games, or the A button in Mario Kart).

Fast Forward
• Speed through slower parts of games by running the game much faster than normal.
• Easily enable or disable from the pause menu, or optionally with a mapped button on an external controller.

3D/Haptic Touch
• Use 3D or Haptic Touch to “peek” at games, save states, and cheat codes.
• App icon shortcuts allow quick access to your most recently played games, or optionally customize the shortcuts to always include certain games.

Game Artwork
• Automatically displays appropriate box art for imported games.
• Change a game’s artwork to anything you want, or select from the built-in game artwork database.

**Delta and AltStore LLC are in no way affiliated with Nintendo. The name "Nintendo" and all associated game console names are registered trademarks of Nintendo Co., Ltd.** 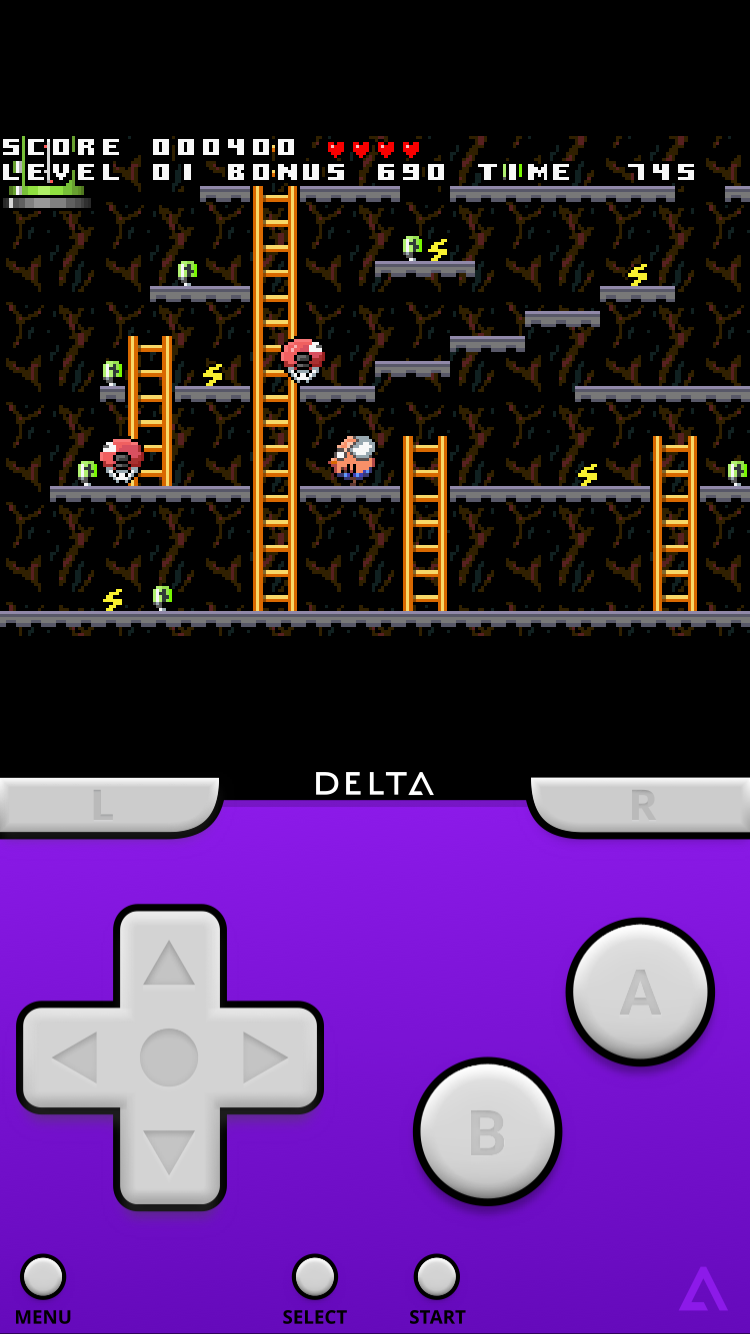